The Liberal Democrats came first in London in the European Elections, returning 3 MEPs and pushing Labour into 2nd place and the Conservatives into 5th place. And the total Remain vote (Lib Dem, Green, Change) was more than twice the Brexit Vote (Brexit Party, UKIP).   London is most definitely an unapologetic Remain City.

In the Bexley Borough, the Lib Dems recorded our strongest result ever, coming second overall and pushing Labour and Conservatives into 3rd and 4th place respectively. 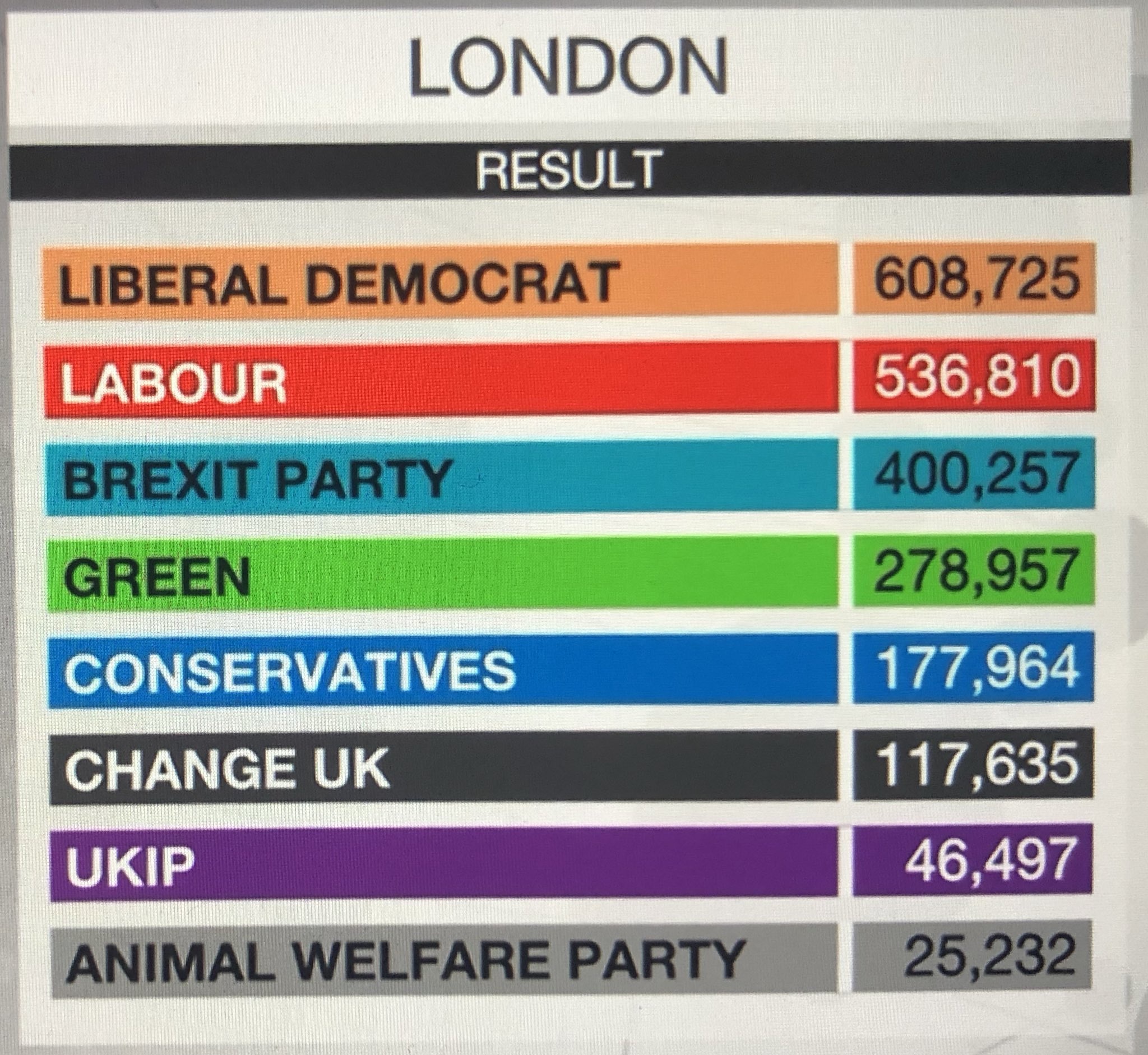